We started our official conversion to Organic Agriculture in 2010. But this just followed the logical evolution of the estate since 2001, looking for improving our cultural methods to respect the vineyard, the harvest, the environment and the future generations.

Our team is in the vineyard every day, working to prevent and treat diseases.

This daily care allows us to apply a global policy of yield management.

The biological cycle of the vine…

Simple or double Guyot pruning : from end of November to the end of February.

Prevention and fight against frost from April to the middle of May..

Since 2017 we are part of a 3-year trial directed by the INAO (National Institute for Origin and Quality) with other estates: during the frost period, a cover is put on a witness parcel in order to protect it from the cold. The INAO’s mission is to check if it has a big impact on the growing of the vines compared with the others that are not covered. At this stage we can be optimistic on the results… the vine is well enough protected and the difference between covered and un-covered parcels is over in 2 or 3 weeks. 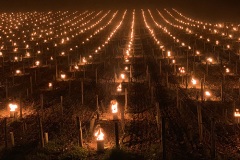 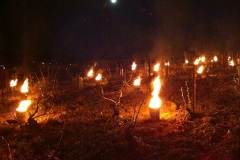 In the meantime, of course, we still protect our vines in Premier and Grands Crus using candles that we light on and off manually one by one in the most exposed places.

Plowing : first at the end of winter then after the frost period.

Disbudding is made after the spring frosts (consisting of leaving just one bud by node) and “essoumachage” (removing twigs from the foot of the vine) are used to give space to the growing grapes and control the yields.

“Baissage” or Training the vines from April till May consists in fastening the remaining twigs to the wire.

Respecting the Ecocert Organic Agriculture specification and optimizing our spray equipment’s effectiveness we use sulfur, coper but also decoctions and vegetal manures to prevent and fight against Oidium and mildiou.

Green harvest and leaf thinning from June to July

Harvest now generally starting early-mid September: from our Petit Chablis to our Grands Crus, each grape is hand-picked. 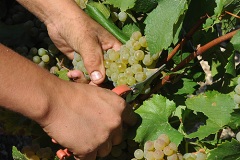 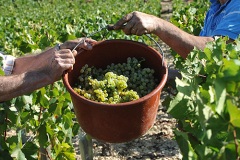 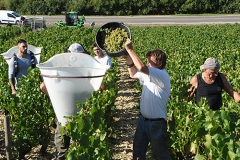 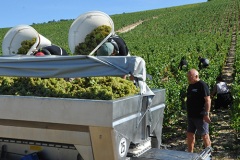 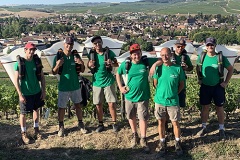 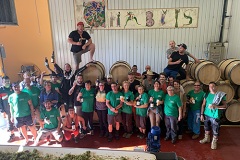 Delivering the harvest : all the grapes are sorted out by hand in order to get rid of leaves, green or rotten grapes. 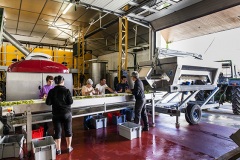 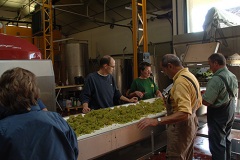